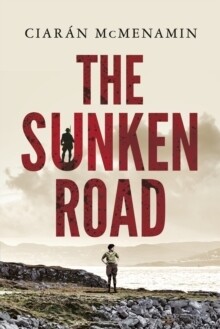 A powerful and gripping novel about love, loyalty and obsession set during World War One and the Irish War of Independence.

Francie, Archie and Annie grew up playing together in the hills and rivers of Fermanagh. But in 1914, the boys are seduced by the drama of the war in Europe and leave the village to join up. Before they leave, Francie swears to Annie that he'll keep her little brother safe.

Six years later Francie is hiding out in the barn of Annie's house. He hasn't seen her since that day. He's on the run, a wanted man in the war for independence that is still igniting along the border. And the British officer who is obsessively pursuing him is his old commander from the Western Front. To reach safety Francie will need Annie's help getting over the border, and that means he'll have to confront the truth about why Archie never came back.