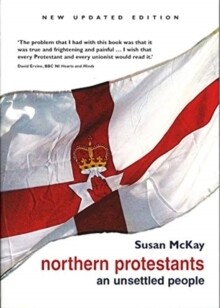 First published in 2000, 'Northern Protestants - An Unsettled People' was an instant success and is widely recognised as a ground-breaking book. Based on over sixty in-depth interviews with a wide range of northern Protestants, Susan McKay presents an uncompromising and clear-eyed examination of her own people - the Protestants of Northern Ireland. Her analysis of the upheavals within the Protestant community and unionist politics is a thought-provoking contribution to current debates about Northern Ireland.

This updated edition includes a new introduction, and provides the backdrop to her new title 'Northern Protestants - On Shifting Ground'.