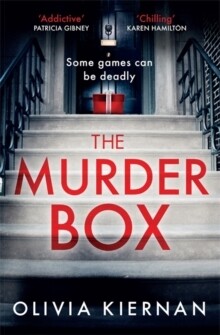 At first, Detective Chief Superintendent Frankie Sheehan believes the murder mystery game sent to her office is a birthday gift from one of her colleagues. But when Frankie studies the game's contents, she notices a striking resemblance between the 'murder victim' and missing twenty-two-year-old Lydia Callin.

As Frankie and her team investigate, a series of grisly crimes connected to the game are discovered across Dublin city and Lydia's involvement with a shadowy network of murder mystery players becomes clear.

On the hunt for Lydia's murderer, Frankie is drawn more deeply into the game. Every successful move brings her closer to the killer.