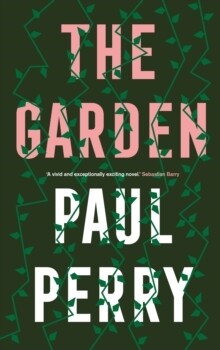 The Garden is dying. Once an Edenic orchid farm, it has been decimated by the worst hurricane in Florida’s living memory. Its glasshouses are shattered, the surrounding mangroves encroach, and its men are dangerously idle. When Romeo – an expert breeder of the endangered ghost orchid – arrives from Honduras, boss Blanchard and his Irish lieutenant, Swallow, believe their fortunes are on the rise.

Romeo may not be all he seems though, and Swallow can sense the newcomer shaking the Garden’s creaking hierarchy. The ghost orchid they seek is infamously rare, a delicate and wildly valuable species, hidden deep in the treacherous cypress swamps of the Fakahatchee Strand. To capture the ghost, Blanchard and Swallow must strike a deal with Logan, a dangerously unpredictable member of the local Seminole tribe, whose wounded pride, and simmering web of violence threaten to uproot any hope of success. As Blanchard’s obsession distracts him from what is truly precious, Swallow’s long-buried traumas will test his ability to stop lust, betrayal and death from engulfing the Garden.

Paul Perry’s first solo novel tells of smothering power, loyalty and agency thwarted by the tragic patterns of memory and behaviour. The Garden is a modern fable, and a warning against trespassing upon nature in the name of profit.