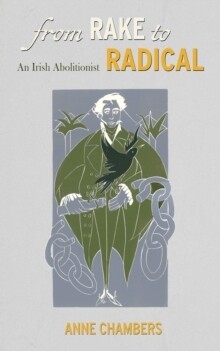 From Rake To Radical

From Westport to the West Indies, and everywhere in between, Howe Peter Browne, 2nd Marquess of Sligo (1788–1845), lived life to the absolute limits.

Intrepid traveller and intimate of kings, emperors and despots, the range and diversity of Sligo’s life is breathtaking. From a youth of hedonistic self-indulgence in Regency England to a reforming, responsible legislator and landlord, Sligo became enshrined in the history of Jamaica as ‘Emancipator of the Slaves’ and in Ireland as ‘The Poor Man’s Friend’ during the most difficult of times.

Privileged, compassionate, charismatic and flawed, Sligo was a larger-than-life figure in his time, but is less well known today. This exhaustively researched biography, previously published in hardback as The Great Leviathan, is sourced from over 15,000 primary contemporary manuscripts and not only introduces us to one of the 19th century’s most interesting characters, but sheds new light on significant historical events and on the people who shaped them in Ireland, England, Europe and the West Indies during a period of momentous political turbulence and change.