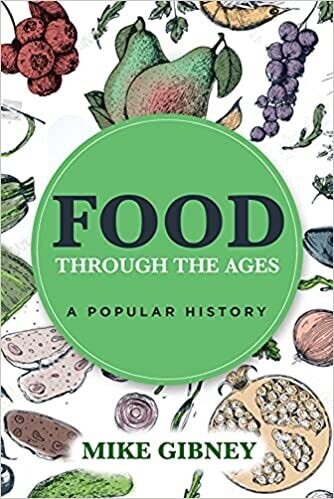 Food Through the Ages

Written for food aficionados everywhere, this book provides an entertaining look at the history and development of the key foods we eat every day. Mike Gibney, Professor Emeritus of Food and Health at University College Dublin, traces the story of food from early hunter gatherers through settled agriculture to the migration across Europe, and examines the influence early trading, imperial conquests and medieval exploration had on the food chain. Along the way Food through the Ages uncovers some fascinating nuggets: - Indian rice is fluffy to eat with the hand, while Chinese rice is sticky to eat with chopsticks. - In the Middle Ages it became fashionable to stuff boned smaller birds into bigger birds into even bigger birds and so on. This process, known as engastration, is still popular today in Cajun cuisine with Turducken, a hen in a duck in a turkey. - A passion for tea led two great powers, China and England, to engage in warfare- The popularity of the potato accounted for about 25% of the population growth in Europe from 1700 to 1900- The Arabs brought pasta to Italy but the popular shaped pastas were most often produced in religious orders by nuns- The Jesuits and Dominicans argued bitterly over the perceived magical yet sinful attributes of Aztec chocolate.

Professor Gibney explains the origins of commonplace foods, including bread, meat, fish, fruits, vegetables, pasta, rice, sugar, tea, chocolate and of course Ireland's beloved potato. He defines a well-stocked larder and shows how the kitchen has changed over thousands of years, getting cleaner, less smelly, more reliable, less dangerous and more accessible to all.