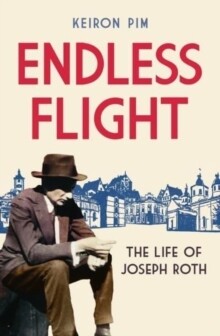 The first English language biography of the great European writer Joseph Roth, exploring his genius and his tragic life story, lived in the shadow of war. The brilliant, mercurial, self-mythologising novelist and journalist Joseph Roth, author of the European 20th century masterpiece The Radetzky March, was an observer and chronicler of his times. Born and raised in Galicia on the eastern edge of the Austro-Hungarian Empire, his life's decline mirrored the collapse of civilised Europe: in his last peripatetic years, he was exiled from Germany, his wife driven into an asylum, and he died an alcoholic on the eve of the World War II.

With keen insight, rigor and sensitivity, Keiron Pim delivers a visceral portrait of Roth's internal restlessness and search for belonging, from his childhood in the town of Brody to his Vienna years and his unsettled roaming of Europe.

Exploring the role of Roth's absent father in his imaginings, and his attitude to his Jewishness, Roth's biography has particular relevance to us now, not only in the growing recognition and revival of his works, but also because his life's trajectory speaks powerfully to us in a time of uncertainty, fear, refugee crises, and rising ethno-nationalism.