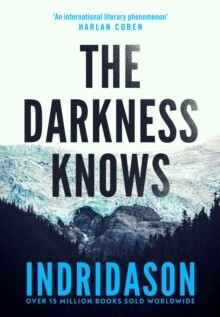 The victim: a businessman missing for thirty years. The case: impossible to solve. Until now.

A frozen body is discovered in the icy depths of Langjoekull glacier, apparently that of a businessman who disappeared thirty years before. At the time, an extensive search and police investigation yielded no results-one of the missing man's business associates was briefly held in custody, but there wasn't enough evidence to charge him. Now the associate is arrested again and Konrad, the retired policeman who originally investigated the disappearance, is called back to reopen the case that has weighed on his mind for decades.

When a woman approaches him with new information that she obtained from her decease brother, progress can finally be made in solving this long-cold case. In The Darkness Knows, the master of Icelandic crime writing returns with a powerful and haunting story about the poisonous secrets and cruel truths that time eventually uncovers.