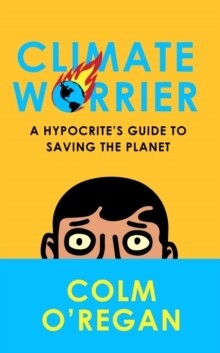 Bestselling author Colm O'Regan is a worrier. A professional one. Caution is his watchword.

Risk aversion is his love language. Now Colm is grappling with the biggest worry of all: the whole 'planet being on fire' thing and how exactly we can help. Don't worry, this isn't a book telling you how to live off the grid and make your own planet-friendly soap from woodlice (that's the sequel).

Instead, Climate Worrier is about the journey, about trying (and often failing) to be part of the solution to the big issues, while not despairing at the endless hypocrisies that come from also being part of the problem. It's about trying to be become the greenest version of yourself; about joining the ranks of those who give a shit and do a bit. So if you've fretted about:- using your diesel car to get closer to nature,- eating your ethical food off a plastic plate,- existing and have a general feeling we're all doing too little, too late, Climate Worrier is the book for you.