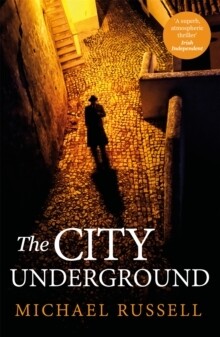 Ireland 1941. A German spy escapes from Mountjoy Prison, clearly with inside help. Yet no one wants to catch him. When the head of Garda Special Branch sends Inspector Stefan Gillespie to find out why, it must be in secret.

But he meets a web of deceit in which the past's dark shadows loom over the lies of the present. Alone, except for an alcoholic private detective and a woman who could betray him to the IRA, Stefan embarks on a journey that drags him into a plot to attack British interests in Ireland and an attempt on the life of the IRA Chief-of-Staff by his own men. Crossing into war-torn Northern Ireland, he is suddenly unprotected, a rogue policeman to the Royal Ulster Constabulary, a dangerous spy to the IRA.