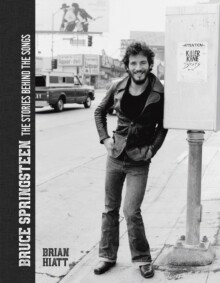 Bruce Springsteen: The Stories Behind the Songs

Important insight into the work of a truly great songwriter. Updated to include the albums Western Stars and Letter To You and packed full of insightful stories from Springsteen's long career, Bruce Springsteen: The Stories Behind the Songs takes a detailed look at each and every one of his tracks, providing a unique look at this rock legend's method, as well as some of the many anecdotes and tales that are prolific in his long music history. The legend of Bruce Springsteen may well outlast rock 'n' roll itself.

And for all the muscle and magic of his life-shaking concerts with the E Street Band, it comes down to the songs - music that helped define the best version of the United States for itself and the rest of the world; that bridged the gap between Bob Dylan and James Brown, between Phil Spector and Hank Williams; and that somehow managed to make New Jersey seem like a promised land. Deeply researched, laced with insight from decades of fandom and original reporting, this book is an exhaustive and unique look at the writing, recording and significance of Springsteen's singular catalog of songs - the first book to cover every officially released track, from hits to obscurities, from 1974's Greetings From Asbury Park, N.J. to 2014's High Hopes.