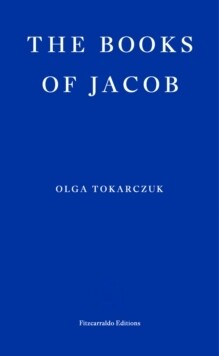 In the mid-eighteenth century, as new ideas begin to sweep the continent, a young Jew of mysterious origins arrives in a village in Poland. Before long, he has changed not only his name but his persona; visited by what seem to be ecstatic experiences, Jacob Frank casts a charismatic spell that attracts an increasingly fervent following. In the decade to come, Frank will traverse the Hapsburg and Ottoman empires, throngs of disciples in his thrall as he reinvents himself again and again, converts to Islam and then Catholicism, is pilloried as a heretic and revered as the Messiah, and wreaks havoc on the conventional order, Jewish and Christian alike, with scandalous rumours of his sect's secret rituals and the spread of his increasingly iconoclastic beliefs.

In THE BOOKS OF JACOB, her masterpiece, 2018 Nobel Prize in Literature laureate Olga Tokarczuk writes the story of Frank through the perspectives of his contemporaries, capturing Enlightenment Europe on the cusp of precipitous change, searching for certainty and longing for transcendence.