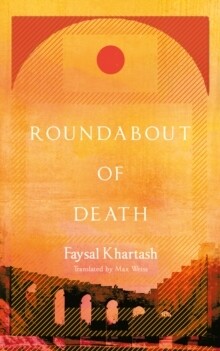 A powerful and beautiful Syrian novel set in Aleppo during the early days of the civil war that followed the Arab Spring.

Jumaa is a schoolteacher in Aleppo. He observes and lives through the literal disintegration of his beautiful native city. Through his eyes, in a mixture of first and third person narration, we experience the razing of entire neighbourhoods, the apparently random dropping of barrel bombs, the bewildering variety of militias and government security forces loyal to Assad, the arbitrary cruelties and the complicated journeys that people have to make simply to cross the city. Roundabout of Death offers powerful witness to the violence that obliterated the ancient city's rich layers of history, its neighbourhoods and medieval and Ottoman landmarks.

Aleppo was home to Arabs, Armenians, Kurds, Christians and other sects. The war tore those communities apart and made their city a wasteland.