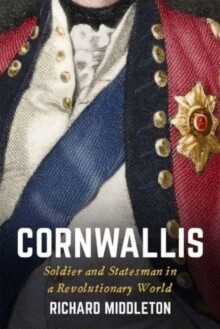 The first biography of Charles Cornwallis in forty years-the soldier, governor, and statesman whose career covered America, India, Britain, and Ireland Charles, First Marquis of Cornwallis (1738-1805), was a leading figure in late eighteenth-century Britain. His career spanned the American War of Independence, Irish Union, the French Revolutionary Wars, and the building of the Second British Empire in India-and he has long been associated with the unacceptable face of Britain's colonial past. In this vivid new biography, Richard Middleton shows that this portrait is far from accurate.

Cornwallis emerges as a reformer who had deep empathy for those under his authority, and was clear about his obligation to govern justly. He sought to protect the population of Bengal with a constitution of written laws, insisted on Catholic emancipation in Ireland, and recognized the limitations of British power after the American war. Middleton reveals how Cornwallis' rewarding of merit, search for economy, and elimination of corruption helped improve the machinery of British government into the nineteenth century.