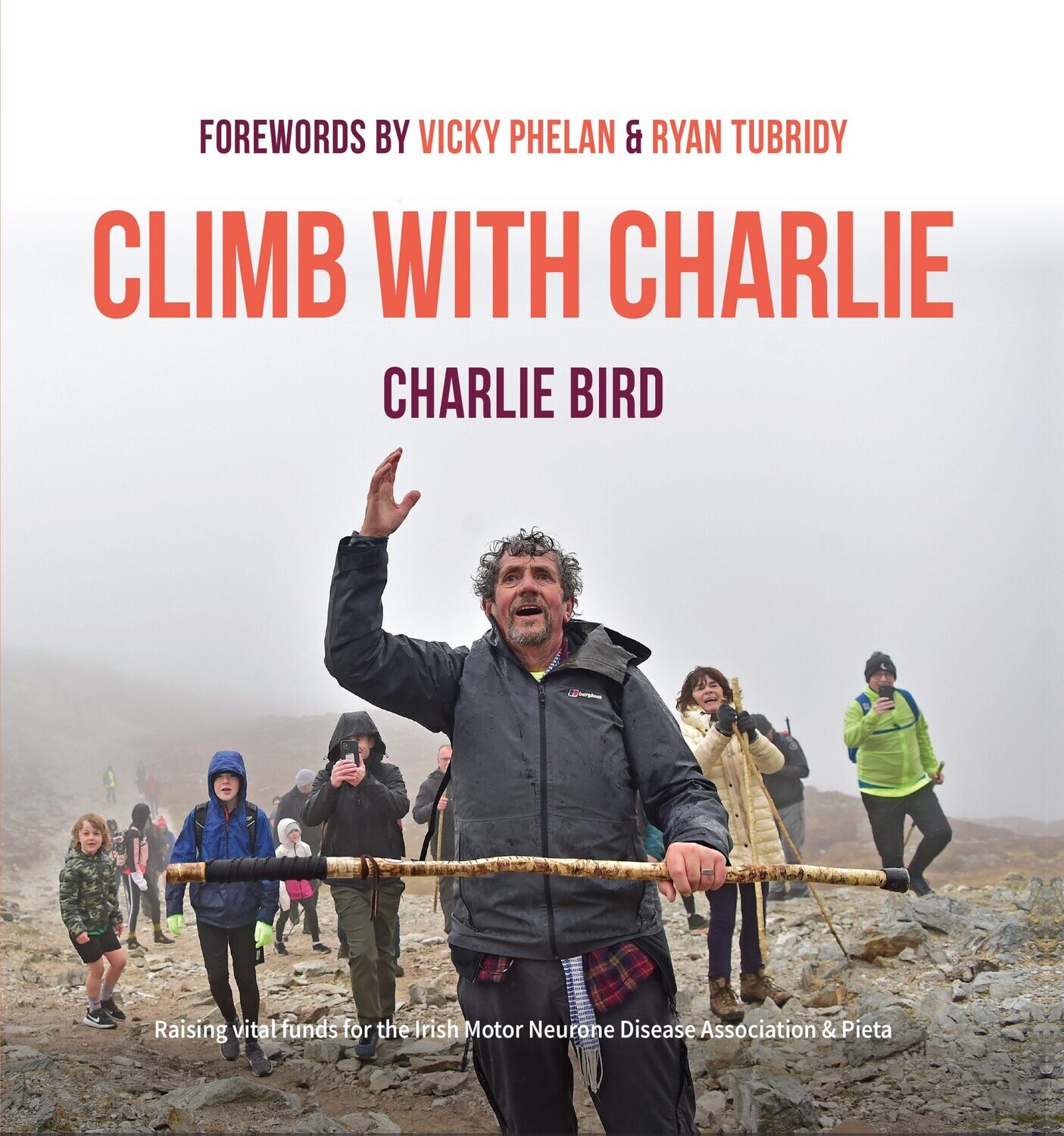 IN AUTUMN 2021, veteran Irish journalist and broadcaster Charlie Bird publicly announced that he has motor neurone disease. Despite this devastating diagnosis, he knew that he wanted to do something to help others, and so he decided to organise a charity climb of Ireland’s famous Holy Mountain, Croagh Patrick. Little did he know then that he would create a national event and raise almost €3 million for charities close to his heart, Pieta and the Irish Motor Neurone Disease Association.

On the afternoon of 2 April 2022, Charlie completed the momentous challenge, cheered on by his family, friends and a host of famous faces, including Ryan Tubridy, Daniel O’Donnell, Dermot Bannon, Matt Molloy and Barry McGuigan. And the action was not confined to Croagh Patrick; supporters the length and breadth of the country, and around the world, came out in their thousands to climb their local peaks in a breathtaking show of solidarity. For Charlie, the experience was nothing short of spiritual.

This book is a joyous record of that unforgettable, emotional day, and a deserved celebration of determination, generosity and community.