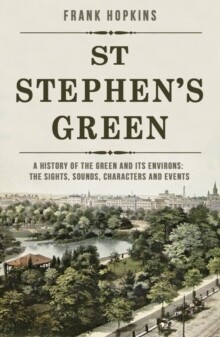 A random collection of tales of human tragedy, eccentrics, crime and punishment, hanging and rioting on 'The Green'. 'The Green' for several hundred years was effectively the killing fields of Dublin, where the city's criminals were taken to be hanged. Within these pages you will find tales of high-profile executions and lesser-known ones such as the hanging of the brothel-keeper Darky Kelly and the barbaric execution of Mary Fairfield the last person to be hanged there [1784].

Also included are Dan 'The Liberator,' who fought a battle with his love rival at Harcourt Fields, the champion archer Celia Betham, and Bridget Hitler, sister-in-law of Adolf. Tales of rioting on the Green, a race in the Iveagh Gardens between a man and a horse called Rover and a host of characters and incidents that you won't find in any guidebook.