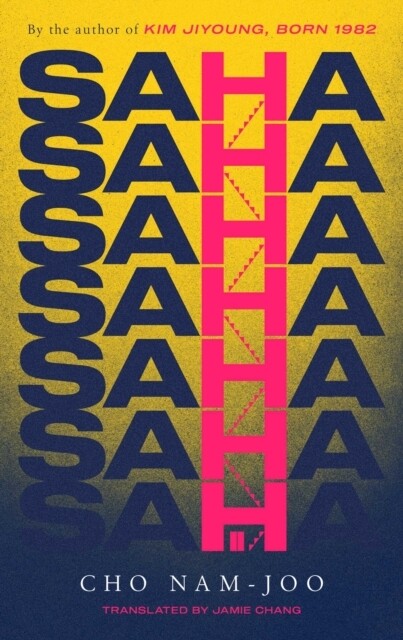 In a country called 'Town', Su is found dead in an abandoned car. The suspected killer is presumed to come from the Saha Estates. Town is a privatised country, controlled by a secretive organisation known as the Seven Premiers.

It is a society clearly divided into the haves and have-nots and those who have the very least live on the Saha Estates. Among their number is Jin-Kyung, a young woman whose brother, Dok-yung, was in a relationship with Su and quickly becomes the police's prime suspect. When Dok-yung disappears, Jin Ky-ung is determined to get to the bottom of things.

On her quest to find the truth, though, she will uncover a reality far darker and crimes far greater than she could ever have imagined. At once a dystopian mystery and devastating critique of how we live now, Saha lifts the lid on corruption, exploitation and government oppression, while, with deep humanity and compassion, showing us the lives of those who, through no fault of their own, suffer at the hand of brutal forces far beyond their control.