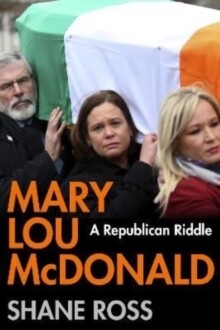 Mary Lou McDonald is the bookies' favourite to be Ireland's next Taoiseach. She would be the first woman to reach the office, and the first Sinn Fein leader ever to enter government in the Republic of Ireland. But how did a quintessentially bourgeois woman become the leader of a political party with such recent links to terrorism? This exhaustively researched biography unearths new details of her family background and her privileged education, as well as her initial foray into politics through the more traditional Fianna Fail party.

It explores her unusually late commitment to political life and traces her mysterious but meteoric rise through the ranks of Sinn Fein and her relentless drive to reach the top of the party. Scrupulously fair and balanced, Mary Lou McDonald illuminates its subject's political awakening and her interactions with the hard men of the IRA, while posing important questions about the evolution and future of Sinn Fein.