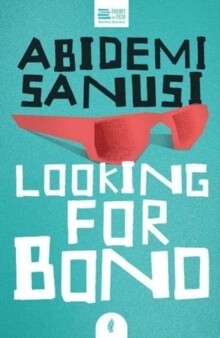 A sparkling satire on international aid and celebrity, Looking for Bono charts one man's accidental quest to bring water his community. Baba is a semi-literate man living a simple life centred on the local auto repair shop in Palemo, how he will find his next meal and an obsession with his disinterested, Nollywood star-wannabe wife Munira and her voluptuous body. Baba is acutely aware of the water corruption that has left him, on occasion, without so much as a drop to even brush his teeth.

One day on the news, a story about international humanitarian Bono flashes onscreen. Bono is in Africa to do good and like a thunderbolt, Baba decides that Bono is the answer to all of his problems. Once Bono hears about the local water issues he will want to step in and convince the president of Nigeria to end the corruption.

Once the water is flowing, Baba can clean up and Munira will set her sights a little closer to home. before he knows it, Baba is a celebrity being feted by the Lagos media and Munira has turned into his virtuous wife. Will the ensuing media storm engulf Baba as he is launched into a world of high stakes foreign aid dealings and competing interests? Or will he return to his simple life with water for his community and the renewed affections of his Munira?