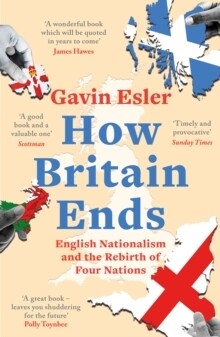 In the past, it was possible to live with delightful confusion: one could be English or British, Scottish or Irish, and a citizen/subject of the United Kingdom (or Great Britain). Now this archaic state is coming under terrible strain. The English revolt against Europe is also a revolt against the Scottish and Irish, and the pressures to declare Scottish independence and to push for a border poll that would unite Ireland may become irresistible.

Can England and Wales find a way of dealing with the state's new place in the world? What constitutional, federal arrangements might prevent the disintegration of the British state?How Britain Ends is a book about history, but also about the strange, complicated identity of Britishness.