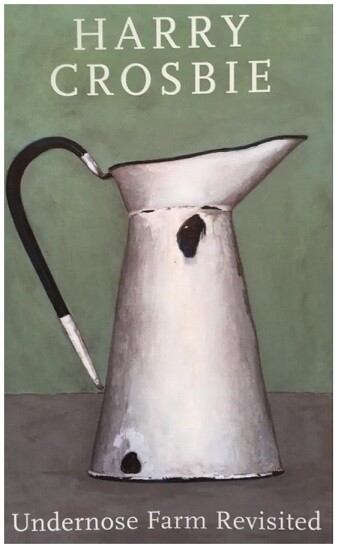 In this expanded edition of his original privately published book of twelve stories published in December 2020, Crosbie adds a further sixteen tales of the Dublin of his youth. Begun during lockdown, Harry harvested his formidable memory and imagination to recreate city life during the early 1960s, told through tales of the Dublin and Dubliners who peopled his hard-scrabble world.

John Banville wrote of the original volume, ‘These wonderfully direct and vivid tales catch the essence of Dublin life half a century ago. They are by turns rambunctious and touching, clear-eyed and accepting, warm though never sentimental, and frequently hilarious.’

Richard Ford compared his work to the writings of Mark Twain, Ring Lardner and Nelson Algren.

Crosbie has now fulfilled this promise with these fresh sparkling stories propelled by character, ambition, need and greed, suffused by humanity and wit. They are peopled by family, down-at-heel aristocrats, antique dealers and auctioneers, the river and streetlife of pre-Celtic Tiger Dublin, its pubs and cafes, homes and institutions. Warm as coddle on a winter’s night.

Each tale is nuanced, spare and perfectly pitched. Part chamber music, part ballad and folktale, Undernose Farm Revisited bears the stamp of literature in the making.