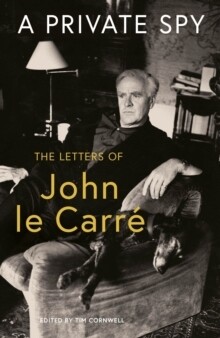 John le Carre was a defining writer of his time. From The Spy Who Came in from the Cold, which changed our understanding of the secret agent from guns and Martinis to shadows and moral ambiguity, to Agent Running in the Field, in which modern Britain is mired in political corruption, he catalogued our sins and recounted the journey of the Anglosphere into the twenty-first century. In these letters, le Carre' reveals himself to be a consummate correspondent as well as a master novelist.

A Private Spy spans seven decades and chronicles not only le Carre''s own life but the turbulent times to which he was witness.

Beginning with his 1940s childhood, it includes accounts of his National Service and his time at Oxford, and his days teaching the 'chinless, pointy-nosed gooseberry-eyed British lords' at Eton. It describes his entry into MI5 and the rise of the Iron Curtain, and the flowering of his career as a novelist in reaction to the building of the Berlin Wall. Through his letters we travel with him from the Second World War period to the immediate moment in which we live.

At the heart of the collection is le Carre' the writer: researching, creating and editing, engaging with readers, publishers, film-makers and actors, with politicians and public figures.

We find le Carre writing to Alec Guinness to persuade him to take on the role of George Smiley, and later arguing the immorality of the War on Terror with the chief of the German internal security service. In A Private Spy what emerges is a portrait not only of the writer, or of the global intellectual, but, in his own words, of the very private, very passionate and very real man behind the name.