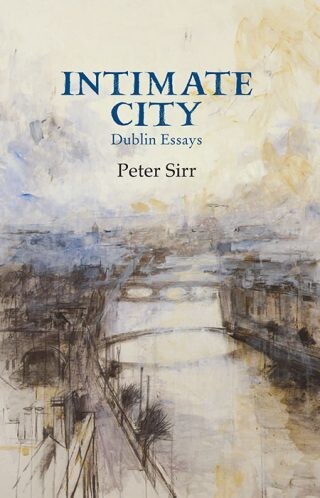 Intimate City, Peter Sirr’s rich and rewarding essays reflect a long-standing attachment to and obsession with the Dublins of the past and present: the contemporary city but also the ancient walled city or the city mapped in 1756 by a French Huguenot or the one enumerated in 1803. Present and past, personal and public, memory and invention intersect in a book enlivened by the sense of the city as a layered place where people have lived and died for more than a thousand years.

The essays in Intimate City wander through the physical space of the author’s inner city neighbourhood and the speculations of developers, but also the ‘mind city’ of writers, poets, artists and ghosts. Often at stake too is the contested city of competing narratives and visions where battles are fought over what and who is celebrated or commemorated. Tracing old routes, tracking new ones, adventuring in streets, houses and rooms, these essays collectively amount to ‘a chain of linked desires’: to walk the city, ‘ to drink in details . . . listening for the steps of those who’ve been here before . . . to greet time, stop it on the pavement before it scurries off’.