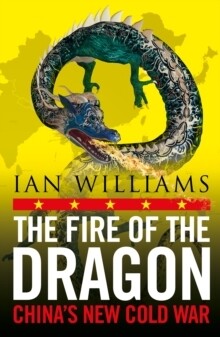 Fire of the Dragon, The

Under President Xi Jinping, China's global ambitions have taken a dangerous new turn. Bullying and intimidation have replaced diplomacy, and trade, investment, even big-spending tourists and students have been weaponised. Beijing has strengthened its alliance with Vladimir Putin, supporting Russia's aggression in Ukraine, and brooks no criticism of its own flagrant human rights violations against the Uyghur population in western China.

Western leaders say they don't want a cold war with China, but it's a little too late for that. Beijing is already waging a more complex, broader and more dangerous cold war than the old one with the Soviet Union. And it is intensifying.

This thought-provoking and alarming book examines this new cold war's many fronts - from Taiwan and the South China Sea to the Indian frontier, the Arctic and cyberspace. In doing so it proclaims the clear and sobering message that we must open our eyes to the reality of China's rise and its ruthless bid for global dominance.